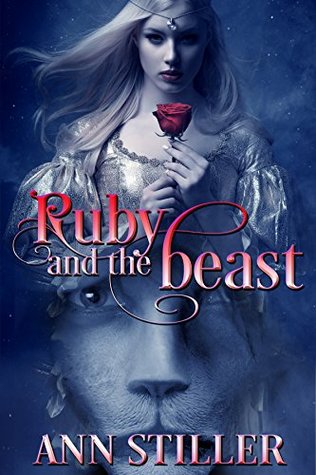 *********This is a Re-Release of a previously published book by my alternate pseudonym, Ditter Kellen. The book has been revised to be age appropriate for young adult readers.*********

After the sudden death of her father, Ruby Atwood is forced to drop out of college to care for her younger brother. Deep in debt and on the verge of desolation, Ruby resorts to some shady dealings on the streets of New Orleans, in order to put food on the table for her small family. Until one night she discovers a hideous beast she could never have imagined in her darkest nightmares.

Cloaked in darkness, the Beast prowls the back alleys of New Orleans, lonely, savage and bereft of hope, revenge clawing at him. With the man responsible for his curse now dead, the Beast seeks out the only other person who can satisfy his need for vengeance—the man’s daughter, Ruby Atwood.

Trapped, with nowhere to run, Ruby quickly realizes she must use her wits to stay alive or face certain death at the hands of a monster. But the more she tries to escape, the more she is drawn to the Beast. Desire and fear clash, creating an unforgettable story of hope, trust and a love found only in fairy tales…

Ruby and the Beast by Ditter Kellen
My rating: 3 of 5 stars

I love re-tellings of famous fairy tales. You kinda know the base of the story but there’s always an exciting element to a newly told story. And since this book is a bit longer than most re-tellings I thought I was in for a great read. And I did like the story until the 60% mark. Then things just became a bit anticlimatic for me. In the beginning the author included great details and I could connect to the characters. But nearing the end of the story I lost that connection, since it felt like the author rushed the ending and the emotional state of the characters. Especially about Spencer near the end of the story. I just missed more details. More thoughts on why and how Ruby started to see the beast in a new light, since she wasn’t exactly fan of his and his actions.I think that would’ve made it more believable to me. Also, I just couldn’t really warm up to Ruby’s character. At times she really was behaving like a brat and it sure made me dislike her even more. Thankfully the same can’t be said about Lincoln. I really liked his character. He was scarred by life and my heart just broke for him. I’m glad he got his happiness, he really deserved it. There was not enough explanation and logical thread to the story and the characters actions. Not to mention the epilogue. It felt like a was reading a biography without a hint of emotion. They were just stated facts, one after another and it left me with an unpleasant feeling. Not what you’d expect from a romantic book ending. I just wished for a smoother ride, that’s all. That being said, the story’s not bad but it’s also not one that wowed me…