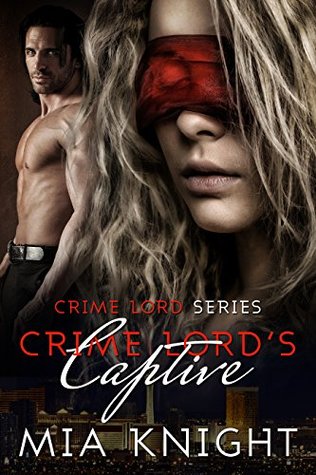 Three years ago, Lyla fled from her ex, Gavin Pyre. She created a new identity and began a relationship with a man who knows nothing about her past. The normal life she built for herself is shattered when Gavin blackmails her into returning to Las Vegas where he rules the criminal underworld. As Lyla navigates through the dark secrets of her past she’s forced to face a man who refuses to let her live without him.

Crime Lord’s Captive by Mia Knight
My rating: 3,5 of 5 stars

Hmm…not sure how I feel about this story. I knew what I was getting into from the reviews I read but now that I’ve actually read the book I have mixed emotions about where the story is headed. I just feel like something is missing. Like I couldn’t connect with the main characters enough. Maybe it’s because of the plot, since there wasn’t much time that the couple was together willingly, especially Lyla. I like the start of the book, kinda like the middle but don’t like the ending. Just felt too rushed and left me feeling cold and disappointed. Gavin really f*** up. He did so before but this time I don’t think the second book can redeem him in my eyes. Had a guy done that to me, man, he’d be dead to me for good! I’m not going to give away any spoilers, since this is such a short story. So if you want to read it, go ahead but be warned that this is not a book for the faint hearted. That being said, I think the second book might be better…