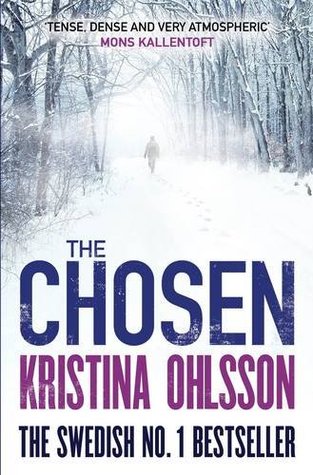 The brand new thriller featuring Investigative Analyst Fredrika Bergman and Alex Recht of the Stockholm police. On a cold winter’s day, a pre-school teacher is shot to death in front of parents and children at the Jewish Congregation in Stockholm. Just a few hours later two Jewish boys go missing on their way to tennis practice. A heavy snowstorm hits Stockholm and the traces of the perpetrator are few and far between. Fredrika Bergman and Alex Recht are faced with one of their toughest challenges ever as they hunt for a killer that seems as merciless as he is effective. The leads in the investigation are many and diverse but in the end they all point to the same place: Israel. Someone or something called the Paper Boy keeps popping up in the police investigation. But who was he really? And could he possibly have resurfaced in Stockholm, now claiming new victims?

The Chosen by Kristina Ohlsson
My rating: 5 of 5 stars

This is my first read by this author and I’m so happy I found her! The best thing ever! This story, I still can’t fully comprehend what just happened. Wow, I feel like I’ve just re-lived what each character in this book went through and it’s A LOT! The story and plot are so complex, interesting and just a lot to take in. You have one plot and that is to find the killer (or possible killers) but the way the story unfolds is very fascinating, at least to me. So many twists I didn’t see coming. You see the story progress through each more importand character, that leaves another clue of who the killer is and what happened in the past that lead to this event in the present. Just the efford and brilliance of the writer to make this puzzle and then pull off the conclusion, that is mindblowing btw, is just amazing! As a person who studies law, I fell completely in love with this story. It shows you the way the police thinks, the way the killer(s) thinks, the way the victims and their families think…wow! Absolutely love it! Also, if you want a HEA, forget it! We Europeans do things differently. We tell a story that hurts the most but also stays in your memory for a really lng time. Yes, there might be a smal HEA but I still believe that the tragic story overshadows that by a lot. Also, when you’ve finished the story, I hope you take a minute and wonder what lead to that critial point that took so many lives. Because the story has a strong message that shouldn’t be ignored! These are themes that might lead to discomfort of some readers but that’s exctly the point of the book. Just take a chance and read it! What a brilliant writer! 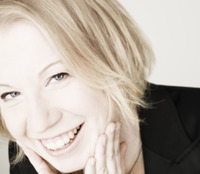 Kristina Ohlsson is a political scientist and until recently held the position of Counter-Terrorism Officer at OSCE (the Organization for Security and Co-operation in Europe). She has previously worked at the Swedish Security Service, the Ministry for Foreign Affairs and the Swedish National Defense College, where she was a junior expert on the Middle East conflict and the foreign policy of the European Union. Kristina lives in Stockholm.