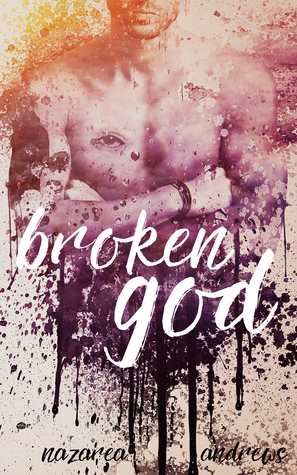 Power is a strange and broken thing.

He was the sun god, the god of healing and song.
And prophecy.
Apollo has lived alone for centuries, content to spin out the years wandering a new and strange world, lost in the past and endless versions of the future. He has cut all ties with the remains of Olympus and his power, and hidden himself in humanity.
His twin thinks he’s depressed, spending his time in coffee shops, hospital waiting rooms, and concert halls…and nothing matters. Not really.
Until her.
Iris. With her teasing mouth and soulful music and eyes that remind him of the past.
He can’t resist her smile.
A girl as wild as he was, once, with a poet’s tongue and the body of a siren, who for one night makes him forget all the years and everything he gave up.
And he can’t stop fate.
Gods knows he’s tried.
He can’t help taking her.
Even if he knows better.
When Iris wakes up screaming, caught up in visions of the future, Apollo realizes that he didn’t leave his power quite as far behind as he thought.
He’s the god of prophecy and he’s been running from it, for centuries.
Iris is everything he has to avoid.
Now he has a furious Oracle on his hands, his sister trying to fix him, and someone is killing the gods.
It’s not just his tenuous sanity that hangs in the balance this time.
It’s all of Olympus.
Godhood really wasn’t supposed to be this hard.

Broken God by Nazarea Andrews
My rating: 3 of 5 stars

ARC received in echange for an honest review.

This is my first book by this author and I love the cover and blurb. That made me want to read the book ASAP.
And now that I finished it, I have to say that I’m left with mixed feelings but most of all I’m just confused by the way the story is written. The whole book needs an editor, badly. There were some spelling issues and what bothered me the most is that we don’t always know when we are reading a scene from the past and when from the present. It’s not indicated as it should be (in italic text, some is some isn’t). Also, the whole thing with Del and Iris, mayor confusion. Sometimes they are the same person, sometimes they aren’t and sometimes I just don’t have a clue what’s going on, so that really needs to be edited.

Apart from that, this is a real quick read. The plot is super interesting, at least to me, since I don’t read much about books with Greek gods in them, but this story is definitely fresh and has an unique point of view on the whole Greek gods. I liked the characters, I think my favourite is definitely Iris. I wish we’d get her POV but we only get Apollos but that’s all right, too. The romance is slow burn but at the same time not, because we get time jumps. All in all, I really liked them together.

I have the feeling that, if the book was longer and the auhor would explain a few things in more detail, the whole story might be better, for sure. The ending could have been longer, since I would love to see more of their story in the future.
Still, if you feel to read the book, do so. I enjoyed it, despite the small writting errors.

There are a few things that will never change, despite everything else that has.
When I call, my sister will come.
Always.
It is the unshakable truth that my entire world is built on, from my first memories to this day. So when I piece it together, I don’t think.
I slide my phone out, even in the hospital room while Iris murmurs at her brother and Heath eyes me like I might break her.
Stupid boy. I already have.
I text her and slide the phone away. I don’t need to watch to know she’ll answer, any more than I need the answer to know she’ll be at my apartment when we return.
This is Artemis, who has made a life of taking care of me and worrying about me.
I listen to Heath and Lily talk around Iris, listen to her increasingly fragmented babble, and when Heath sends Lily a confused look, I intervene. Catch her hand and let a thin trickle of power seep from me to her. “We had a very long day, and she didn’t sleep well. I think I should probably take her home and let her get some rest. Do you mind?”
Heath does. I can tell, the way he’s bristling but Iris slumps into me and yawns, impressively, backing up every lie I’m spinning.
“I’ll be back tomorrow, ok? You just. You rest. I’ll be back tomorrow.”
She’s still looking over her shoulder when I pull her from the room.
Her eyes are wide and serious when we duck into a stairwell. “What happened to him?” she asks. Staring at me like I might give her answers. Like she has the right to demand answers from me.
Smart girl.
I tuck her hair back, behind her ears and ignore the low growl of warning it earns me. “If I promise to tell you when we reach my apartment. Will you trust me a little bit longer, sweetheart?”
Her eyes narrow. “Last time we got to your apartment, you and I didn’t do much in the way of talking.”
I grin at that. Because. Fair point.

Nazarea Andrews (N to almost everyone) is an avid reader and tends to write the stories she wants to read. Which means she writes everything from zombies and dystopia to contemporary love stories. When not writing, she can most often be found driving her kids to practice and burning dinner while she reads, or binging watching TV shows on Netflix. N loves chocolate, wine, and coffee almost as much as she loves books, but not quite as much as she loves her kids. She lives in south Georgia with her husband, daughters, spoiled cat and overgrown dog. She is the author of World Without End series, Neverland Found, Edge of the Falls, and The University of Branton Series. Stop by her twitter (@NazareaAndrews) and tell her what fantastic book she should read next.